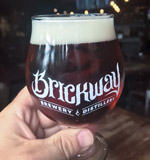 Creating craft beer is our passion.

We’ve spent years perfecting our recipes to become the well-balanced brews that they are today. From our Great American Beer Festival Gold Medal winning Jalapeño Pineapple Pils, to our crowd pleasing Omaha Stylee Juicy IPA, to our barrel-aged Epic Blackout Stout, we have the perfect brew waiting for you. 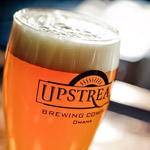 Proud pioneers of the fermenter-to-table movement.

It would be wrong to say the freshest beer is automatically the best beer. But the best beer almost always tastes its best when it is, in marketing speak, at the peak of freshness. And it’s hard to get any fresher than beer brewed thirty feet away from your table. And it’s doubly hard to get any better than when that table is here at Upstream. But we suspect you already knew that. 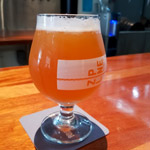 Zipline Brewing Co. crafts artisan ales and lagers with high quality precision in Lincoln, Nebraska. Zipline was born from the founders’ innate sense of adventure and their desire to connect with the thrill-seeking spirit in all craft beer fans.

Our approach is clean, simple, and direct to help you focus your energy on enjoying Brave New Brews.

Zipline Beer Lounge
Zipline Beer Lounge boasts oversized lounge chairs, couches, a fireplace, shuffleboard, and a full-service lending library. West Omaha neighbors will be able to enjoy the freshest year-round, seasonal, and small-batch beers Zipline has to offer. Inside the soft interiors, or out on the patio, Beer Lounge is a great environment for a beer, a game, a read, or a chat. 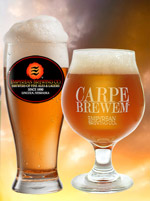 Lazlo’s Brewery & Grill offers creative comfort food with a contemporary flair. For over 30 years, we’ve been serving up premium ingredients, homemade ales and a seriously unique teamwork approach to service. 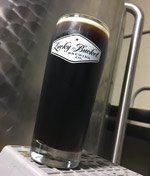 A dream and a couple too many beers set the groundwork for Lucky Bucket Brewing Company. Hoppy libations, barrel aged ales, bold stouts, tart sour beers – you name it, we brew it! Come and hang out with us at the brewery. We are always here brewing up a new delicious creation.

In the days before kegs and bottles, beer enthusiasts would have to cart a bucket to their local brewery, fill it up, and carry it (gently) home. Lucky Bucket Brewing Company pays tribute to brewing history both in its name and its traditional brewing techniques. You can take a tour of their 1,200-square-foot facility or enjoy some of their latest brews in their tasting room.

We're a microbrewery that brings gastro pub-style eats and an intimate, engaging experience to the Benson neighborhood. We have a beer for everyone and we welcome you and your group to come in to sample our mainstays or brewhop between our small-batch and seasonal taps. 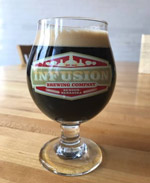 The Infusion Brewing Company is located in the former home of Olson’s Market in the heart of downtown Benson, a historic Northwest Omaha neighborhood.

We have embraced the history of our building and our community. All historic finishes in the building have been restored, including the mosaic floor tile, wood floors, decorative wall tiles, plaster walls, ornamental tin ceiling, concrete floors and exposed masonry. 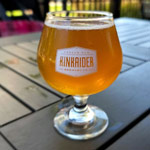 
The Aksarben Village just got cooler with the addition of our newest Kinkaider taproom!

With so many other cool spots nearby, make this taproom your destination or part of a night out. We're always hosting fun events, check one out!. 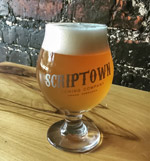 Scriptown is a session-beer driven microbrewery. A session beer has a relatively low-alcohol content in comparison with many other craft beer styles, and will usually allow the customer to enjoy several pints they can drink in "session" with friends or family. Our goal is to provide a variety of traditional beers brewed to session-strength. We will offer some higher-alcohol beers on a seasonal basis or as the style brewed precludes it.

The name Scriptown was derived from what was the first subdivision in the history of Omaha, which at the time was located in Nebraska Territory. It was called "Scriptown" because scrip was used as payment, similar to how a company would pay employees when regular money was unavailable. Its original survey placed the location from theMissouri River to North 30th Street, Cuming to Fort Street.

Established in 1999. Thunderhead Brewing serves a delicious variety of beer handcrafted by an experienced staff of beer lovers. Pilsners, Porters, Stouts, IPAs, Fruit beers, Honey beers, barrel aged favorites, and even a firkin from time to time. Stop in for an ale and stay for a stone oven pizza. The Thunderhead Taproom in Omaha, NE carries all the craft beers that the original Kearney, NE location has.

Thunderhead has opened a second Omaha taproom in the Old Market at 1037 Jones Street. The Taproom serves beer only. However, you are welcome to bring your own food. We are a kid and pet friendly establishment. 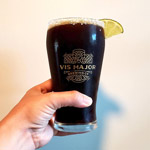 We keep art in the art form and honor its heritage—while at the same time providing refreshingly inventive craft beer recipes that deliver new and unique flavors.

The always-inviting tasting room is a perfect place to escape and relax with friends old and new. Order from a diverse menu of year-round, seasonal, and specialty beers—or from a selection from our food and cocktails menu. The offerings, happenings, and atmosphere make it an Omaha destination spot. 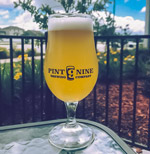 At Pint Nine, we are committed to tradition and innovation. We stand on the tradition of brewers before us to create aroma driven American ales and complex Belgian beers. We appreciate fine German lagers and English session ales, but we also crave the innovation of one-off batches and barrel aging. Our beers are highly fermentable and highly digestible, while being scientifically sound and artfully executed. We hope you enjoy drinking our beers as much as we enjoy brewing them. 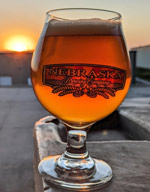 Small, independent, and pushing the envelope.

Nebraska Brewing Company is proud to be locally owned and operated. 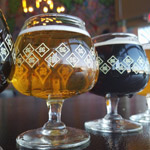 Like many of the 7000 plus breweries out there today, Kros Strain Brewing (pronounced Cross Strain) was formed by a couple homebrewers that grew to love the hobby enough to ditch their previous college degrees and switch their career paths to the brewing industry.

Brewing's been in their blood since at least 2006. They spent many years as homebrewers perfecting the craft, brewing for friends and family, entering competitions and even winning a few! They decided to go full bore into the beer industry in 2013 when they began brewing for a brewery. It was while learning the ropes as actual brewers that they began to realize they had similar goals and ideas. After some time and much thought, they developed a plan for a packaging brewery in the Omaha area. 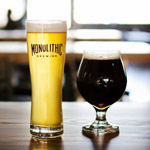 At Monolithic Brewing, we’re carved from a single shared vision — delivering high-quality, well-crafted beers. As a small-batch brewery, we serve our beers only in our taproom. We don’t distribute, meaning we can afford to push boundaries, to take chances, to fail, and try again.

We offer a variety of flavors and styles from light sessionable beers, to IPAs, Stouts, Hard Seltzers, and everything in between. Driven by intuition and a passion for the artistry of brewing, we won’t quit until we make a beer you love, your sister loves, and your best friend’s persnickety neighbor loves.

We invite you to come and experience the delight, adventure, and fun that is Monolithic Brewing. Cheers to your next pour! 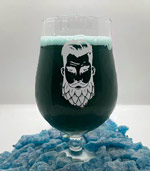 Brewery located in West Omaha focused on being creative and aggressive. 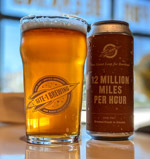 Site-1 Brewing is an experience-driven brewery incubator and tap house in Omaha, Nebraska. They provide the equipment and expertise to allow brewers to scale their craft — without the upfront costs of opening up their own brewery. Site-1 also brings customers to those beers in a tap house with an ever-changing rotation of 18 craft beers on tap. Site-1 Brewing was founded by a group of entrepreneurs with the desire to promote hard work, collaboration, and great-tasting craft beer. 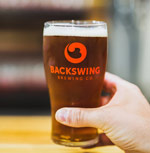 At Backswing Brewing we make honest-to-goodness beer. Easy-drinking beer to take out to the golf course, enjoy by the pool, or relax with in your favorite easy chair. We craft beer the way we like it: straightforward and focused on taste, not complexity or trends. For a better round of beer. 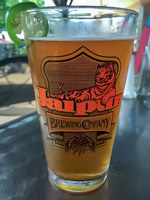 
We are a casual dining restaurant that offers fresh, made from scratch menu items in a relaxed atmosphere featuring signature dishes that are created from high-quality, fresh ingredients.We complement our food by offering a wide selection of wines and liquor that separates us from other restaurants.

For both lunch and dinner, on-site brewed beers which includes Jalapeno Ale, Wheat, India Pale Ale, Raspberry, and Nut Brown Ale is a must. The renowned Jalapeno Ale beer is a locally favorite and is the most requested beer on the brewery’s menu. 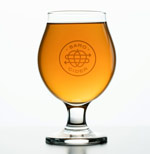 
We are a full bar serving our ciders, wines, beer and a cocktail menu that changes seasonally. We also make non-alcoholic ciders and some pretty yummy mocktails for grownups.