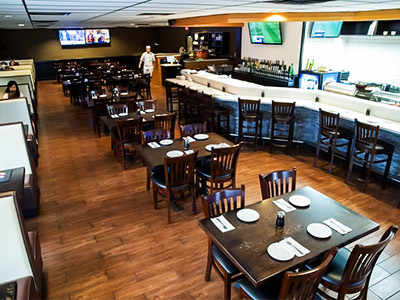 He began his training in 2004 at the Michelin-starred eatery Kayonama under Chef Nobuyuki Shikanai and Chef Daigo Yamaguchi. In 2008 Chef Zheng moved to 15 East, a second of only 10 Michelin-starred sushi restaurants in the United States, to be the second sushi chef working alongside renowned Chef Masato shimizu. He worked next to Chef Masato for five years, practicing the precision and care that it takes to become a great chef.

When Chef Daisuke Nakazawa opened his namesake restaurant Sushi Nakazawa in 2013, Chef Zheng leapt at the opportunity to further hone his craft under the head apprentice of Jiro Ono, the Tokyo chef who was featured in the Netflix documentary ‘Jiro Dreams of Sushi,’ and whom many consider the world's greatest sushi chef.

Working as Chef Nakazawa’s right hand, the restaurant was given a perfect 4-stars from The New York Times and is consistently rated as one of the top sushi destinations in America.